Another release of the ANTLR4 extension for VS Code was published last week. Now all ANTLR4 related information is bundled in an own sidebar, which makes it possible to avoid cluttering the vscode UI with unrelated details, if you are in other areas. 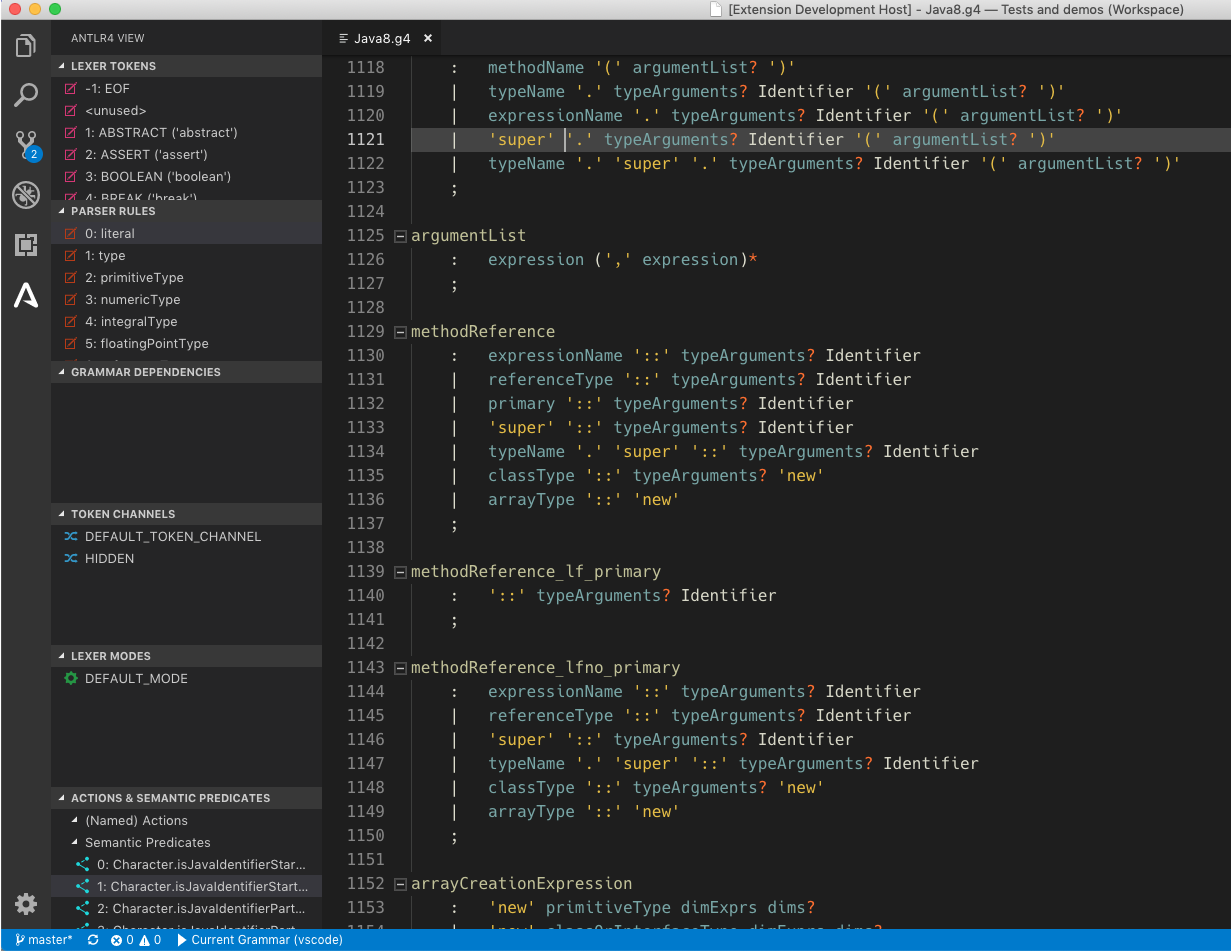 Additionally, you can now write and enable predicates in grammars. They must be written in Javascript and configured accordingly to tell the extension where it can find them. See the debugger configuration doc file for details how to set this up.

The extension makes a larger jump in the version because it has now reached a pretty stable and mature state. The formerly separate backend (antlr4-graps) is now direct part of the extension and a rename provider has been added. With that most of the work is done and the extension goes into maintenance mode.

Last week another update of the ANTLR4 Visual Studio Code extension went out and now you can debug your grammars with it.

After a few month since the last updates there are now new releases of the Node.js module and the vscode extension with some cool new features. antlr4-graps now can generated sentences from your grammar, that is, random input that always parses and shows the language your grammar supports. This can be used for demonstration purposes, checks against other parser implementations or just to see if your grammar does the right thing. Another new feature is the grammar formatter, which supports a large number of options and comes with a powerful alignment implementation. The antlr4-vscode extension makes all that available in Visual Studio code (see also the vscode market place).

In addition to the antlr4-graps NodeJS module release there is also a new one of antlr4-vscode, the Visual Studio Code extension (see also the vscode market place). New in this version is the visual ATN graph: